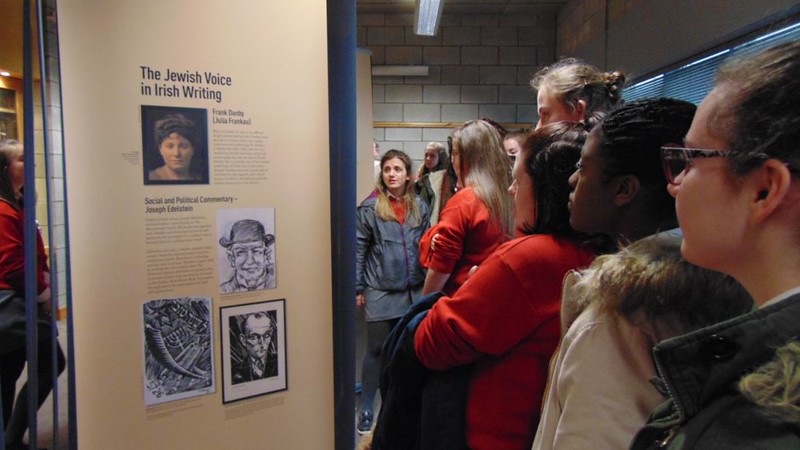 An excellent display was provided on launch night 1 February, 2017 including details of the first Jewish couple married in Waterford in 1894. The launch also included talks from Dr Barry Montgomery and Mr Simon Lewis, author of Jewtown who spoke about his Jewish background and research. The launch was very well attended with over forty people attending including members of the Jewish community locally. The exhibition remained in Waterford until 6 March during which period it had large volumes of visitors including a number of school children who also contributed personal reflections on the exhibition as part of their experience.  One student remarked after her visit: ‘I never knew there were a lot of Jews once in Waterford. Sixty-Two – that’s a huge number because you never really hear about it nowadays.’