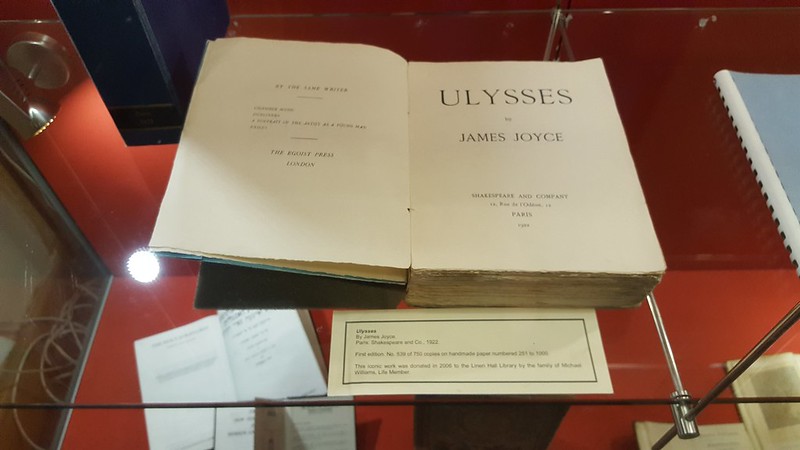 The exhibition ran for the month of January and was launched by Professor Pól Ó Dochartaigh to an audience of over twenty people. Research Associate, Dr Barry Montgomery also gave a special lecture ‘The Holocaust in 20th Century Irish Fiction and Poetry’ on Thursday 26 January, 2017 as part of Holocaust Memorial Day 2017 which was attended by a large audience including many members of the Jewish community. The exhibition was accompanied by a complementary display for the duration of the exhibition. This included a first edition of James Joyce’s Ulysses and the original keys to the first synagogue in Belfast.